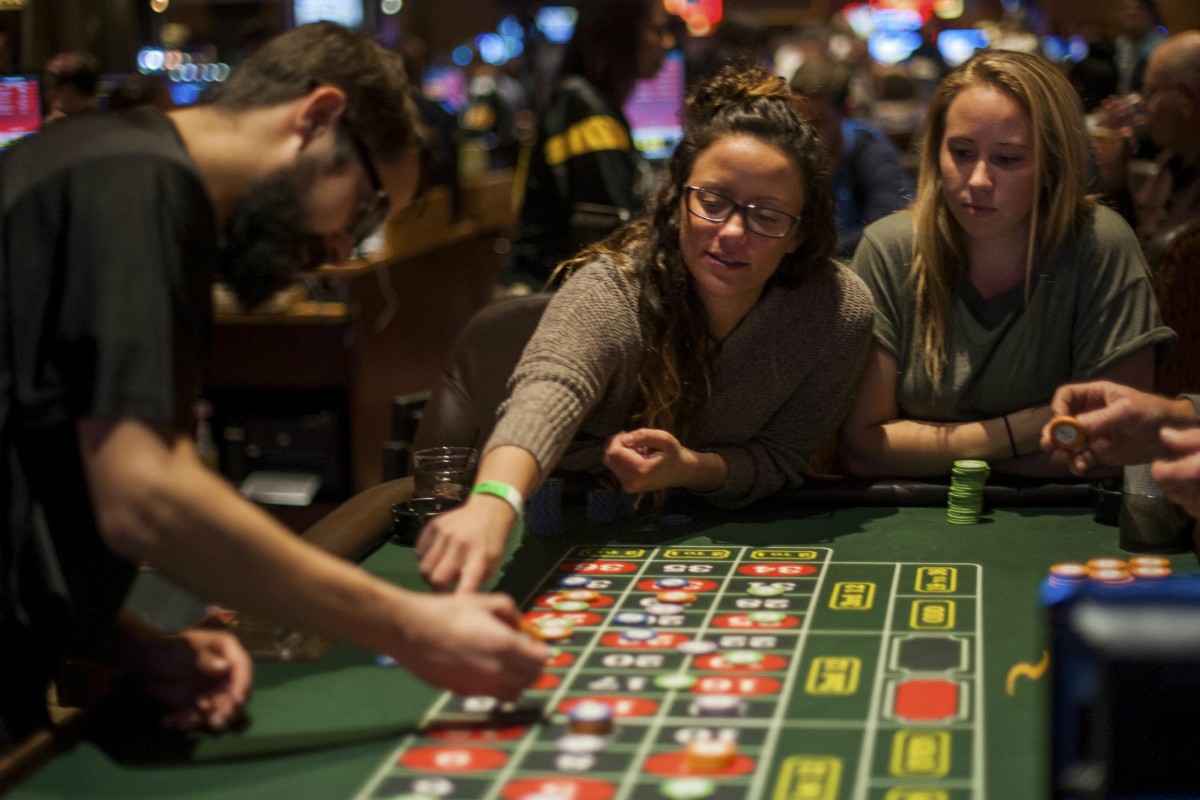 Roulette is one of the most popular games in casinos and you often see a lot of people crowded around the tables, even if they are only watching. Its simplicity makes it easy to play and understand, so attracts all types of gamblers. However, as with all casino games that are easy to understand, there is quite a big house edge to the game.

Roulette is a slow paced game and is considered one of the posher games in a casino, quite often appearing in movies with the tables surrounded by rich gamblers. Roulette is the only casino game that actually uses true casino chips, which are defined as numberless coloured disks. When a player joins a table, they buy in and get their own colour chip with a value relative to the buy-in amount. The dealer will note that colour so he knows the value of each chip.

Comparing US and European casinos there is one big difference in the game of roulette. The US wheel has a double 0 and the European wheel has a single 0. This is quite significant as the single 0 has a house edge of 2.7% whereas the double 0 has a much larger house edge of around 5.2%. This means that European players have a much better chance of winning when playing roulette. Because of this, roulette has grown a lot more widespread in Europe than it has in America.
Many people talk about roulette strategies, but when played over time they are often found to fail. Roulette is a game of luck and if you want to make a lot of money from it often the best way to do this is to be brave and bet all your money on an even-money event such as red or black so you double your money. Depending on the house edge, you have about a 47-to 48.5 chance of winning in this case. If you were to try and double your money by betting small amounts over a longer period of time, then the house edge would catch up with you and you would have a greater chance of losing your money before you doubled it.